With us, there is always a happy ending 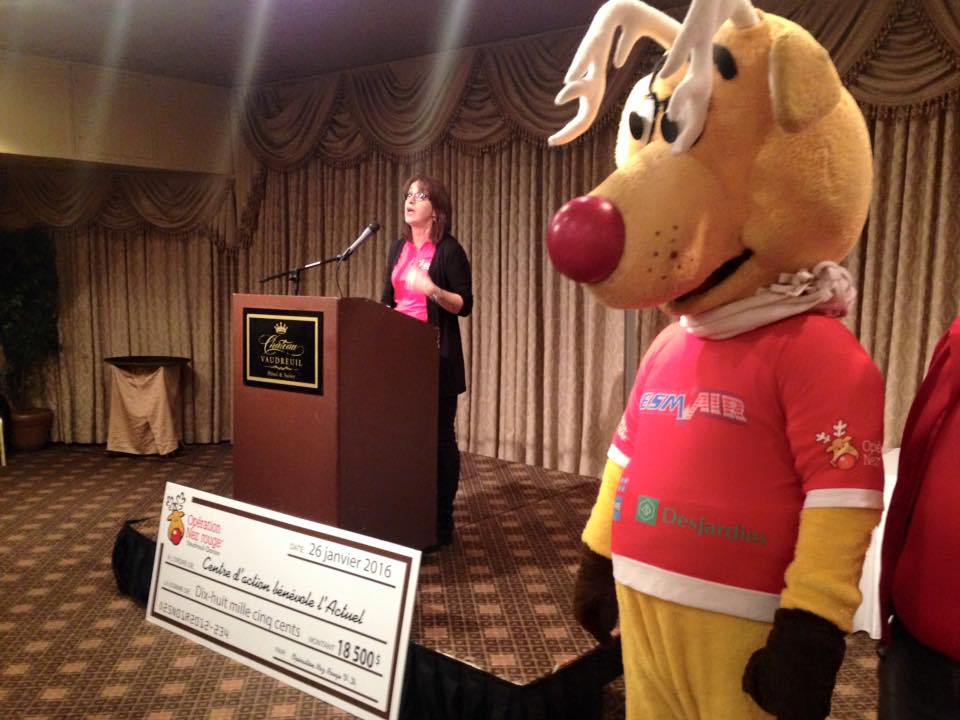 For its 32nd edition, Operation Red Nose has adopted “With us, there is always a happy ending” as theme. In Québec, there are around 43 505 volunteers who, for many years, have been driving people from their community safe home. On November 28, 2015, Operation Red Nose reached its number 2 million drive home after it was set up in 1984.

For the Vaudreuil-Soulanges area, the 2015 campaign ended with 755 drives home, leaving us donations of 18 500 $ for the Centre d’action bénévole L’Actuel. We truly thank you for your involvement.

If you are organizing a public or a private event and you wish to have our mascot present, Vaudreuil-Dorion’ Operation Red Nose will be pleased to attend your event.

Vaudreuil-Dorion’ Operation Red Nose is constantly looking for volunteers for its different activities whether it is about designated driver service or awareness on road safety.