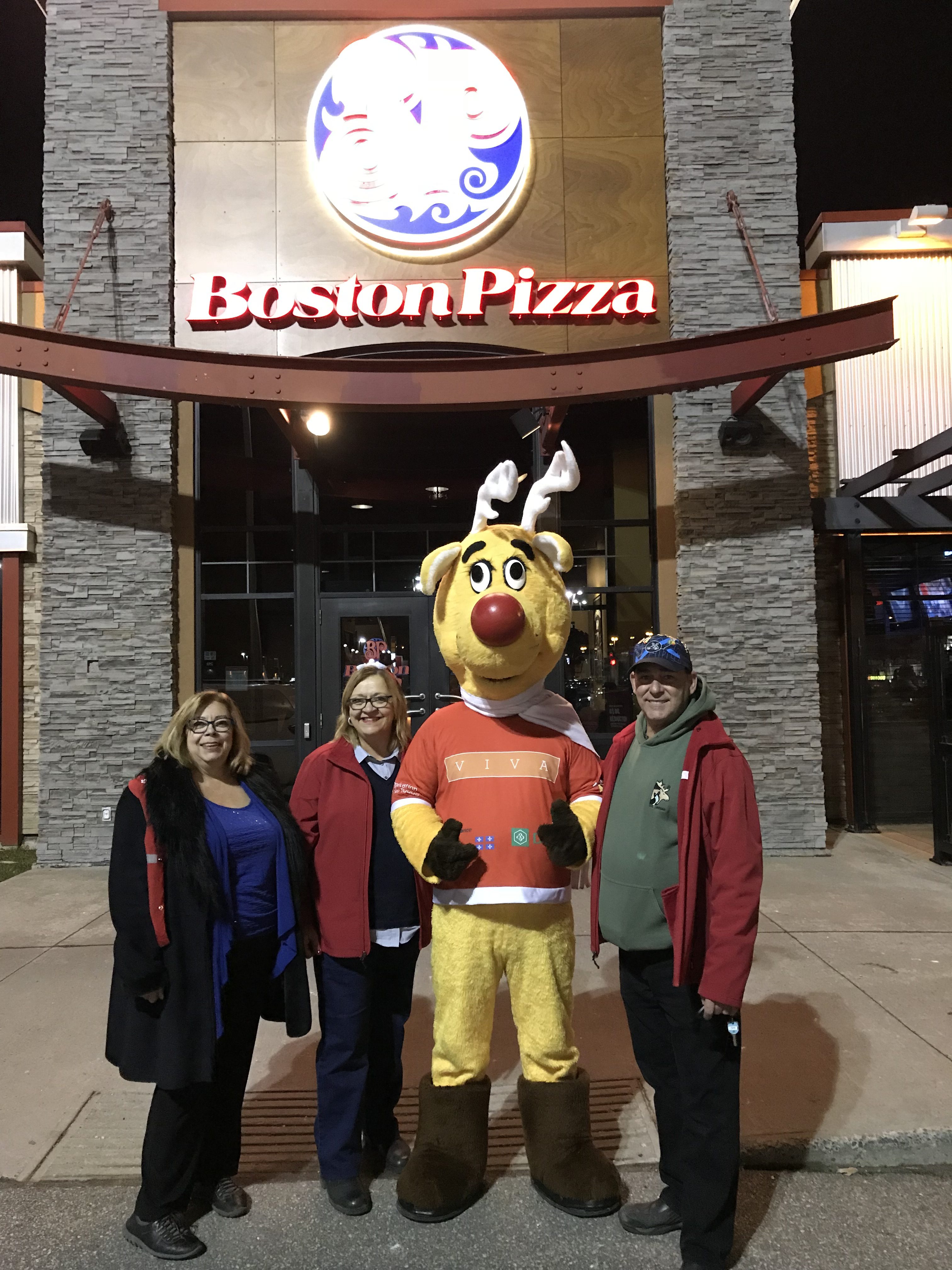 Operation Red Nose Vaudreuil-Dorion is celebrating its 25th anniversary this year under the Honorary Presidency of Pauline Thauvette-Leroux, Chair of the Board of Directors of Caisse Desjardins de Vaudreuil-Soulanges.

We see her here with Red Nose, Claudette Coulombe and the head of the mascot on the organizing committee, Pierre St-Amant. Mrs. Thauvette-Leroux visited the restorateurs and business of the MRC Vaudreuil-Soulanges with the team of the mascot in order to raise awareness of the population to adopt a responsible behavior.

Thank you to our Honorary President for having spent this first evening of operation with us.

If you are organizing a public or a private event and you wish to have our mascot present, Vaudreuil-Dorion’ Operation Red Nose will be pleased to attend your event.

Vaudreuil-Dorion’ Operation Red Nose is constantly looking for volunteers for its different activities whether it is about designated driver service or awareness on road safety.